The year 2019 was something very special for the EuroBean Chocolate Festival. There were endless highlights, but one thing was, as always, the main focus: Bean-to-Bar Chocolate! And it was so sought after that the stands of most chocolate makers were empty on Sunday. Wow! The new exhibitors had certainly imagined this differently - and had now learned from it.

With so many great chocolate makers, one thing was clear: choosing the best chocolate will be difficult. Therefore we are very happy that our tasting director Carl organized a carefully composed jury, which made the evaluation. It was a close one, but in the end a winner was determined. Chocolate bar number 12.

Of course there was a lot of excitement about who would be the winner. Whose chocolate would it be that flattered the palate of our jury the most. The voting, as Carl and moderator Niklas announced, was quite close. As already mentioned it was the chocolate bar number 12 that won. A 70% dark chocolate from the beautiful Peru.

The EuroBean Chocolate of the Year Award 2019 went to none other than our very first Scottish Chocolate Maker, Alistair Gower from Chocolate Tree and his 70% Piura Dark Chocolate - Peru Chililique!

Alistair Gower, a name known to connoisseurs of the bean-to-bar chocolate scene. Nevertheless, it was his first visit to the EuroBean and he quickly realized - this festival should not be underestimated. Already in the morning of the second festival day Ali's stand was sold out! But fortunately there was an online code which gave you a 50% discount on every order in the online shop on Sunday & Monday as compensation.

The Cocoa Pod on a journey

We were quite surprised when Ali told us that he was going to send us pictures of his Piura Dark Chocolate - Peru Chililique. But not just from anywhere! But directly from the name-giving place Chililique, Piura in Peru. Ali took the Cocoa Pod Award and shared the victory with the hard working farmers (CacaoTales). We are extremely pleased about this, because cocoa farmers in the world of chocolate often do not receive enough attention & the appreciation they deserve.

"It's been a wonderful opportunity to come here to Piura, Peru in person and share the success of winning the award with some of the farmers that produce this excellent cacao. The community we buy from in Piura is nestled up in the hills where there is some humidity amidst what is otherwise a mostly dry land. The farms are biodiverse here, with lots of fruit trees growing among the cacao. This is what I believe gives the cacao it's unique flavour that tastes so good! I hope winning this beautiful award will lead to increased demand for premium cacao from this region." - Alistair Gower, Chocolate Tree 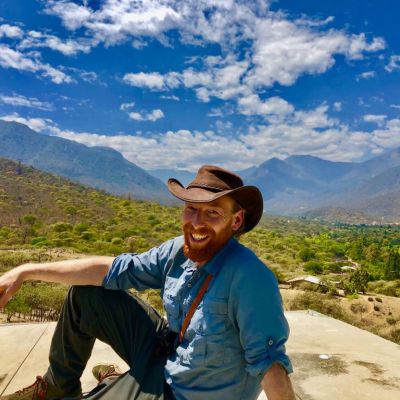 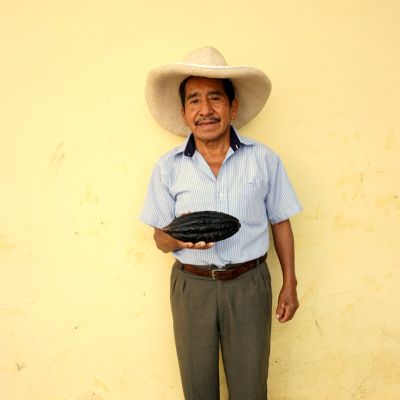 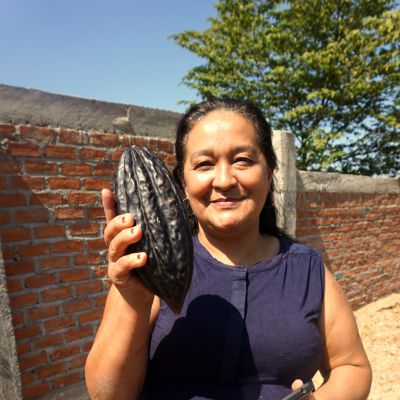